The HMAS Perth (I) Memorial Foundation Incorporated was formulated following an initiative of Navy League of Australia, Western Australian Division in 2018. In 2019 the Foundation was incorporated under the Western Australia Association Incorporation Act 2015.
The Members of the Foundation are a group of individuals of various backgrounds and skills who have an interest in ensuring that the fate of the ships’ company of HMAS Perth (I) is remembered and that their families and the public have a place to visit and reflect.

In 2018 as an initiative of the Navy League of Australia, West Australian Division, resulted in initial contact being made with a number of individuals, inviting them to an evening where presentations were provided on the proposal for a HMAS Perth (I) Memorial.
Following this, a committee was formulated and a Certificate of Incorporation was achieved on 4 April 2019, formally approving the HMAS Perth (I) Memorial Foundation Incorporated.
Mr Wes Olson is a member of the Foundation Committee and is the official historical for the Foundation. Wes has authored the HMAS PERTH (I) MEMORIAL Commemorative Booklet. The booklet provides an outline of the history of the ship’s World War II actions and her demise. A full list of the crew, their rank or position and fate.
The Foundation is working with the Smith Sculptors, the creators of the HMAS Sydney II Memorial, Geraldton WA, who have been commissioned to design the proposed HMAS Perth (I) Memorial.
The  Foundation’s Official Launch was conducted in conjunction with the 60th Anniversary of the HMAS Perth Memorial Regatta at the Nedlands Yacht Club on Sunday, 16 February 2020. 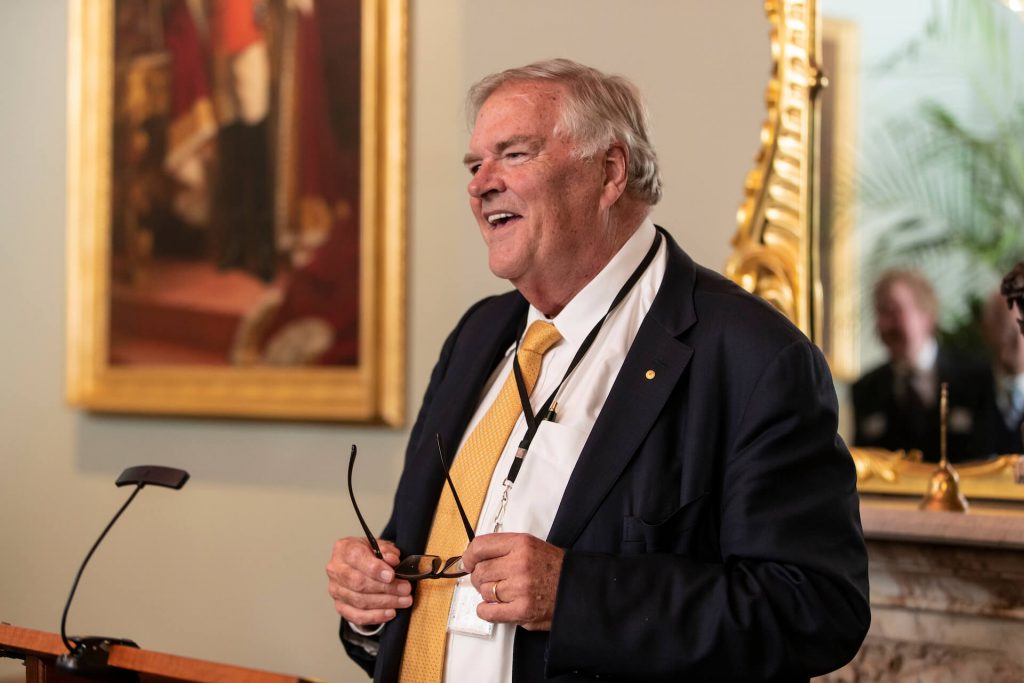 The Honourable Kim Beazley AC was installed as Governor on the 1st May 2018 as the 33rd Governor of Western Australia. He served for nearly three decades in the Australian Federal Parliament and for a period of six years as Ambassador to the United States of America.
Prior to becoming Governor, Mr Beazley had a distinguished record of service to the public, leadership and representation of Australia.