On the 27th on February 2021, the HMAS Perth(I) Memorial Foundation Inc., in conduction with the City of Perth, put on a display to commemorate the loss of the Perth and the Houston at the battle of Sunda Stait in March 1942.  Over 50 people attended the launch which was opened by the Governor  of Western Australia, Kim Beazley AC.  Over the next week 300 people visited the display which included artifacts and paintings on loan from the City of Perth, items of interest from the HMAS Stirling museum, models of the ships involved in the actions and a set of 9 banners and a video produced by the Australian National Maritime Museum which provided the complete story of those tragic events 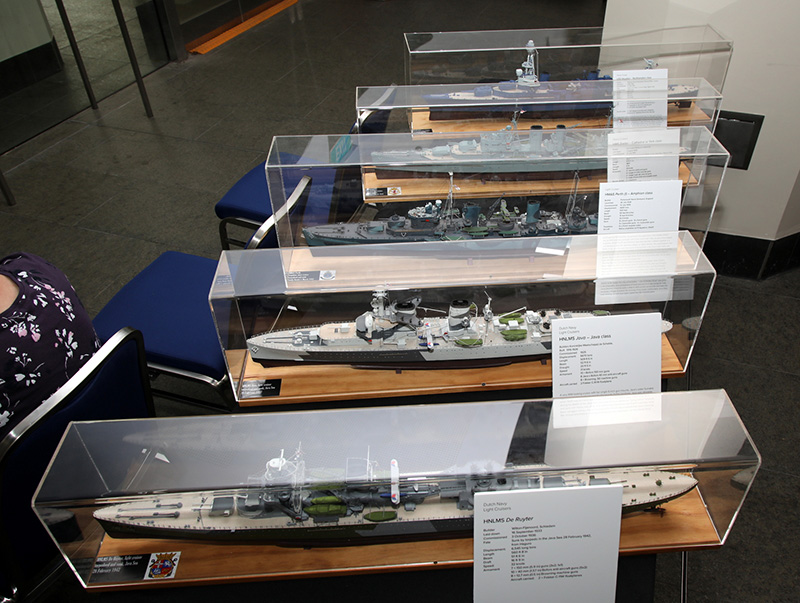 Five models of the ships lost in the battles of the Java Sea and Sunda Strait.

They were on loan from an exhibition of models built by Gerry Westenberg being held at the Fremantle Shipwreck Museum .